Dubai to Witness a Post-Expo Boom in 2022 and Beyond

What happens when one changes jobs under the UAE Unemployment Insurance Scheme?

Dubai records over AED2 billion in realty transactions on Tuesday

Are you staying outside the UAE for more than six months? UAE entry permit announced by ICP

Dubai: Taking the bus? Passengers should know their rights and responsibilities

Over 1,600 new homes are completed by Arada in Sharjah’s East Village

UAE: 6 things to know about the mandatory unemployment insurance scheme

In the UAE, contact these emergency numbers if you experience waterlogging or power cuts during heavy rains

Dubai to Witness a Post-Expo Boom in 2022 and Beyond

What’s going to happen to Dubai after Expo 2020 is over?

That is probably the biggest question that has popped up so far this year. With all of the buildup that came before Expo, it’s only natural to wonder what happens next, now that it’s more than halfway done. Where does Dubai go from here? From a real estate perspective, some buyers believe we are at a peak right now and are choosing to hold off on making any property purchase with the expectation that prices will go down after April. To me, that does not represent a well-analyzed view of the market. If anything, I believe that Dubai real estate is on a sustained upward path and will propel itself even further than before. We are looking at a post-Expo boom in the coming months.

Dubai’s Success not Tied to Expo

The big misconception about Expo 2020 is that it was designed to create a spike in economic activity over its six-month duration, with Dubai reaping benefits over the next few years. But Dubai’s focus with Expo has always been on a much larger scale – the city has its eye on the long-term benefits of creating a bridge between various global cultures by presenting itself as a hub for innovation and forward-thinking. Expo is a way for the UAE as a whole to make a meaningful impact on the world and to underscore the fact that there is so much more here beneath the surface of its glitzy façade.

Was there a knock-on effect from Expo that boosted Dubai’s economy last year? Yes, of course, that was to be expected. Was Expo the only factor driving Dubai’s economy last year? Absolutely not. In the property market, there wasn’t a dramatic increase in prices just because of Expo, and it stands to reason that we won’t see a dramatic drop right after. Rather, I would expect prices to remain on an upward trend well after Expo is done.

Dubai is a Destination, not a Stop on the Way

One thing that Expo has done quite successfully is to serve as an introduction to Dubai, particularly for the people working in and exhibiting at the event. It is a great way to discover exactly what the city has to offer – an unparalleled lifestyle that really caters to everyone, no matter what you’re looking for.

My colleague Mark Richards, who heads up the brokerage sales team, has seen a growing interest in Dubai as a long-term residence for Expo visitors. “I have spoken to a few clients who are seeking out a new home in Dubai, having fallen in love with the city during Expo. It really is a great showcase for this city, and I think it is helping newer visitors understand why so many people call it home.”

After the Expo event ends, the site will be converted into ‘District 2020’, which is expected to grow into a key business district attracting roughly 145,000 visitors, employees, and residents. It will create a brand new avenue of growth for the city. We are already seeing demand for Dubai real estate outstripping supply – the influx of new residents that will follow the closure of the event will further strengthen demand, which will have a positive impact on prices. 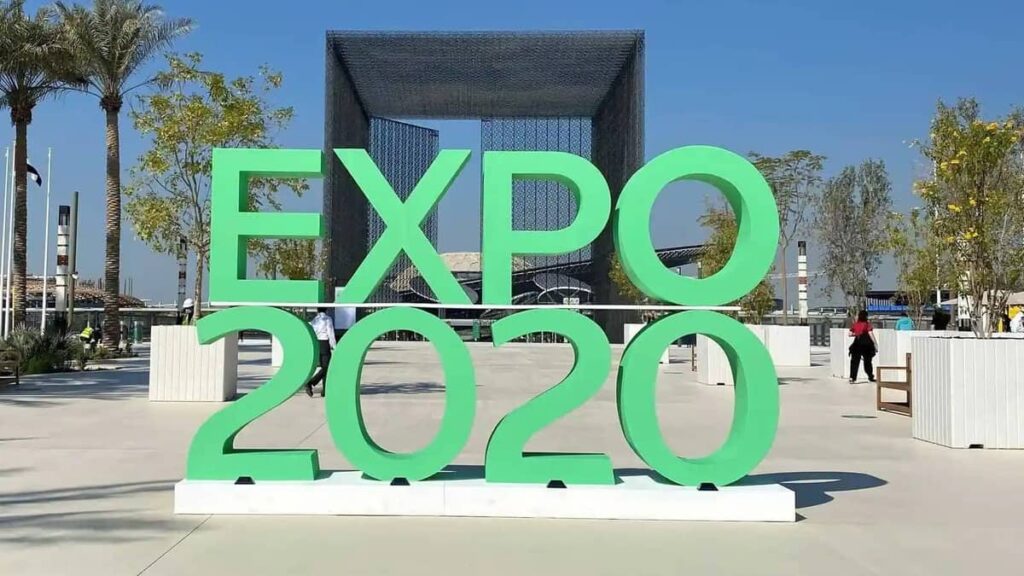 I have been quite vocal with colleagues and clients (and quite frankly, anyone who’s listening) about the fact that Dubai has been in a post-Covid boom that began toward the end of summer 2020 and really took effect by the end of that year. The UAE government has played a significant role in that by taking a carefully structured approach to managing the pandemic – at no point has Dubai been overwhelmed by cases, even at its peak. Variants such as Delta and Omicron have raised caution but not alarms – after a spike in cases the past two months, we are once again seeing daily numbers drop, as was the case in early 2021.

As a result of this, and the focused vaccination drive that took place last year (and continues to take place, with booster shots), Dubai has managed to position itself as a city where one can live safely. Is the threat of lockdowns looming in your home country? You can find a more secure option in Dubai, where it is business as usual amidst well-managed (and not overly intrusive) safety precautions. In addition to that, the government has introduced several initiatives over the past few years that are aimed at presenting Dubai as the city to be in – from long-term and Golden visas to 100% foreign ownership of mainland companies to changes in the working week and the new labor laws introduced at the start of this month.

We have already seen the impact of that – demand is at an all-time high and still growing, property prices increased for the first time in a few years, and toward the end of last year a 12-year record for real estate performance was broken. It hardly comes as a surprise that international investors were among the key drivers of the market last year, and I can confidently say that Expo was not the overriding factor that contributed to that.

Onward and Upward for Dubai

There is no denying that Expo 2020 is a significant event in Dubai’s history – but it’s important to see the broader effects of it. The UAE has, over the past 4 months, strengthened its relationship with its global partners and has had the opportunity to forge new relationships. It has welcomed the world with open arms and shown everyone what makes this the center of the world, not just in terms of geography, but in terms of its diverse lifestyle offering. And as we move into post-Expo Dubai, there will be a rise in the number of people that want to live and work here after the experiences of the past six months. The market is only going to get busier this year, and I cannot wait to see the incredible surprises it has in store.

Dubai records over AED2 billion in realty transactions on Tuesday

Over 1,600 new homes are completed by Arada in Sharjah’s East Village