Complete Guide on UAE traffic fine system & how to pay it

Guide on renting your apartment or villa in Dubai

Experience the world with the EXPO 2020 passport

in Dubai, Government, Reports and Updates, UAE
Reading Time: 4 mins read
A A

DUBAI: H.H. Sheikh Hamdan bin Mohammed bin Rashid Al Maktoum, Dubai Crown Prince and Chairman of The Executive Council of Dubai has provided the Council’s Resolution No. (18) for 2021 building the Supreme Committee for Urban Planning in Dubai. The Resolution focuses to regulate and make sure that the governance of urban planning in Dubai as well as implement the deliverables of the Dubai 2040 Urban Master Plan, validated by His Highness Sheikh Mohammed bin Rashid Al Maktoum, Vice President and Prime Minister of the UAE and Ruler of Dubai, in March this year. 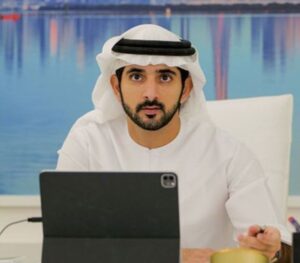 The Committee has been charged with the overall development of the urban planning sector in the emirate, containing the implementation of the Dubai urban Master Plan. The Committee will make sure that the plans of related government entities in the emirate are linked with the Dubai 2040 Urban Master Plan and will make sure that the integration of major infrastructure and urban projects as part of realizing the vision of H.H. Sheikh Mohammed to make Dubai the best city in the world to come to and also to reside in.

Under the Resolution ‘The Supreme Committee for Urban Planning’ will be created under the chairmanship of Matter Mohammed Al Tayer, the General Commissioner of the Infrastructure, Urban Planning and Wellbeing Pillar.

The Resolution details the roles and responsibilities of the Committee, which have endorsed the vision and strategic objectives of the Urban Master Plan, under the guidance of the Chairman of The Executive Council and making sure that the Urban Master Plan progresses as per the deliverables and in line with government priorities and directives. The Committee is also answerable for making sure that the integration of roles of the entities responsible for urban planning in the emirate and directing the provision of support to help coordination between several parties.

The Committee will also solve any problem or differences between concerned bodies in case the parties fail to come to a conclusion. It will report such problems to The Executive Council when required. As per the Resolution, the Committee will propose the policies, strategies, and legislation to make sure the objectives of the urban Master Plan are met, as well as empower concerned bodies in the emirate to complete their respective tasks and roles.

The Supreme Committee for Urban Planning will also be liable for embracing the recommendations made in strategic studies, master plans, and major infrastructure and urban projects related to urban planning in conformity with the Dubai 2040 Urban Master Plan and also informing the Chairman regarding The Executive Council about them. It will also give orders for making significant changes to the approved Urban Master Plan, in accordance with the developments and directives of the Dubai Government in this regard.

Under the Resolution, the Committee is liable for exploring the strategic performance indicators for the execution of the Urban Master Plan. it will also guide measures and solutions to improve the effectiveness of execution. The Committee is also authorities to give orders with respect to difficulties experienced in the execution of all phases of the Plan.

The Resolution allows the Committee to build sub-committees and teams to help it along with their roles, responsibilities, procedures, and any other similar problems. The Committee may look for the assistance of any experts and specialists, be it from employees of the concerned bodies in the emirate or anyone else.

The Resolution tasks the Dubai Municipality to convey administrative and technical help to the Committee to enable it to complete its duties as per the Resolution.

The Resolution commands all relevant government bodies in the emirate to completely help the Committee, Sub-Committees, and teams and give all data, measurements, and documents needed to carry out the tasks of the Committee under this Resolution.

Al Tayer said: “The Resolution issued by the Crown Prince of Dubai to form the Committee supports the vision of H.H. Sheikh Mohammed bin Rashid Al Maktoum to make Dubai the best city in the world to live in. The Committee will coordinate the efforts of all concerned bodies in Dubai to implement the deliverables of the 2040 Urban Master Plan in line with Dubai’s development plan. It will also focus on addressing strategic matters such as housing and regulation of the real estate sector and improving wellbeing and creating opportunities within these and other fields.” “The Committee will work to enhance the government’s multi-level framework, endorsed as part of the deliverables of the Dubai Urban Master Plan 2040, to ensure the implementation of infrastructure and urban development projects that support the economy and enhance Dubai’s status as the best city to live in. This framework has been developed as per an integrated and comprehensive technical study conducted according to global benchmarks,” added Al Tayer.